The question of who invented rap is actually very complex. The question is very similar to asking who invented electricity. While Benjamin Franklin observed electricity he by no means created the electricity we use today. As history and science progressed, the invention of electricity became what we know today. The same situation is true for the origins of rap as it cannot be pinned to one specific person. Many events and groups of people throughout history lead to the genre being born. More information on the different eras and types of rap can be found at RapTV. Below is a brief description of raps origins in Africa, colonial america, 1970’s america, and recent history.

Africa is a continent like no other with a rich culture and huge diversity of people. Each region of Africa is distinctly different from one another in their traditions and way of life. One thing that many tribes of Africa shared thousands of years ago is storytelling. This was not only a source of entertainment but it was also a way to keep a spoken history from one generation to the next. The stories were often told with the aid of instruments and music. Instruments often consisted of drums, shakers, and bells. These instruments created music that was heavily influenced by the drums and created a meat and tempo at which the story teller would speak. The use of storytelling and music in Africa was rap in its infancy.

The traditions of storytelling through song and the specific style of music found its way to colonial America through the slave trade. The atrocities experienced by the enslaved created an environment where African Americans had no outlet for creative pursuits. The communities and culture created through the oppressed created a platform where they could continue traditions of music. With the slave trade many people from different tribes and dialects were placed in the same quarters. This led to the mingling of traditions and potentially the creation of unique music and way of telling stories that carried through generations. These songs gave slaves a way to not only get through their hardships but also imagine a world where they may one day be free.

The 1930’s gave rise to the genre of R&B. During World War 1 there was a great migration of African Americans to the north to escape the harsh segregation of the south. With this migration there was a large amount of African American blues musical talent that came with it. The R&B era was a transition to less instruments and more rhythmic flow of instruments and vocals. Ella Fitzgerald, Ray Charles, and the Chi-Lites were among some of the most popular pioneers of the genre bringing it into the mainstream.

Over 40 years later from the origins of R&B, Hip-Hop and Rap were created. DJ’s soon began adding lyrics to their tracks. DJ Kool Herc was among the first to create a rap like set that involved lyrics and a repetitive beat. The 1980’s brought the impoverished inner city life center stage as the topic for rap. These became rap as we know it today and resonated with the masses as it depicted a life of many that had felt underrepresented within music. Rhymes became an integral part of rap and is still one of the key literary devices utilized by rappers to convey their message in a strategic and masterful use of language.

Overall rap has a long history. Without the rhythmic storytelling present in Africa who knows if there would be rap today. Rap as a genre has undeniably blown up in recent history. With new songs and artists continuing to enter the scene, rap as a genre has a great outlook and will continue to prosper. 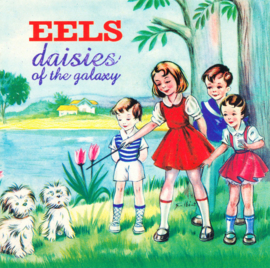