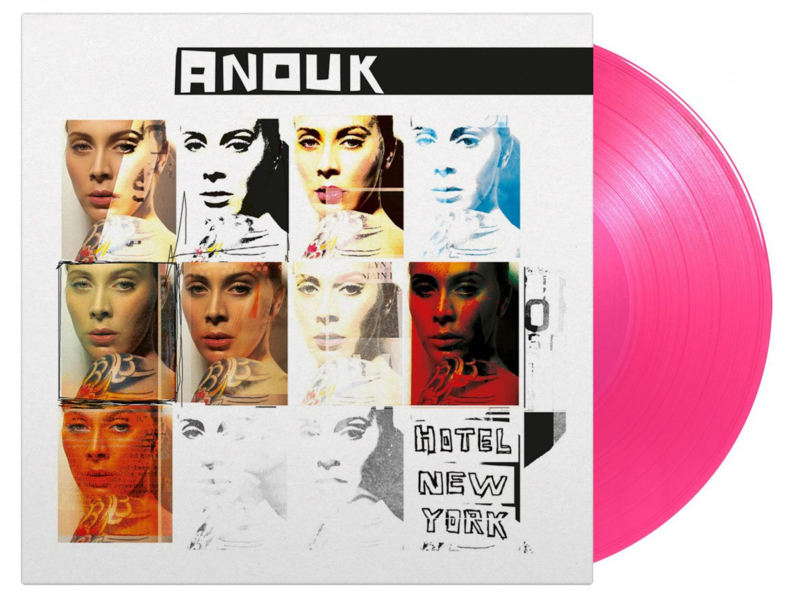 Hotel New York is the fourth studio album recorded by the Dutch pop/rock singer Anouk and released on December 3, 2004 in the Netherlands.

The album is named for the location where Anouk wrote all its songs: Hotel New York in Rotterdam. Debuting at number 1, the album was a major success, staying at that top spot of the charts for 12 consecutive weeks. Hotel New York remained on the Dutch albums chart for 87 weeks, eventually going triple Platinum. In Belgium, the album spent a week at number 1 and stayed in the top 50 for 72 weeks. The album features 4 singles that all charted well; “Girl”, “Lost”, “Jerusalem” and “One Word”. “Girl” stayed in the charts for over half a year and became one of the most successful singles of a Dutch artist ever.

Hotel New York is available as a limited edition of 500 individually numbered copies on translucent magenta coloured vinyl and includes a 4-page booklet with lyrics.