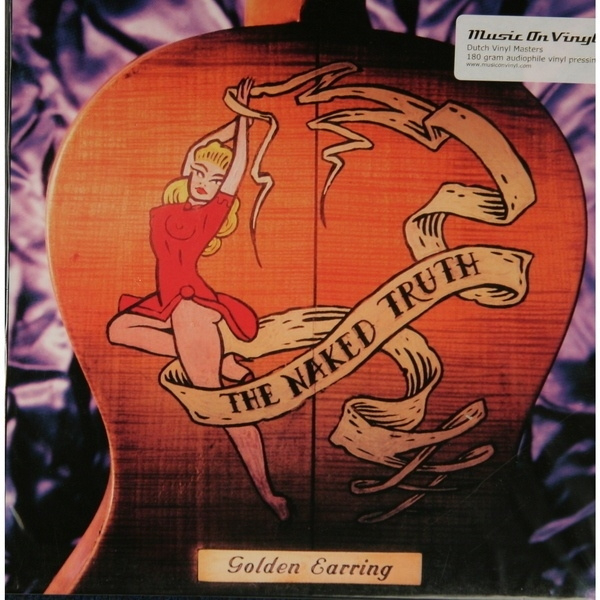 Golden Earring have been together since 1961 and the current line-up includes two founding members George Kooymans (vocals and guitar) and Rinus Gerritsen (bass, keyboard) along with Barry Hay (vocals, guitar, flute and saxophone) a member since 1968 and Cesar Zuiderwijk (drums) a member since 1970. They have had over 40 hits and 30 albums, many achieving either gold or platinum status in their home country, The Netherlands. They are best known for their 1973 hit single "Radar Love" and their 1982 single "Twilight Zone".

Around 1992, the unplugged sessions on MTV were a trend; almost every rock band or artist was doing them. Bass player Rinus Gerritsen suggested to record an acoustic album themselves. The record company wasn't very enthusiastic at first so with a small budget the band recorded the album live in an intimate cafe in Amsterdam. The Naked Truth turned out to be the Golden Earring's bestselling album.

Music on Vinyl is releasing The Naked Truth for the first time on vinyl!