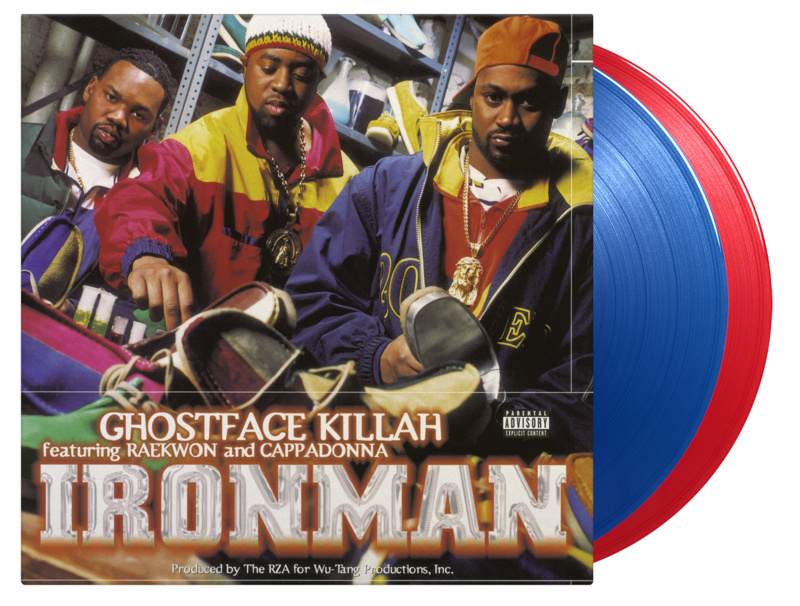 Ironman is the debut solo album by Wu-Tang Clan rapper Ghostface Killah, released in 1996. Produced by Wu-Tang Clan mastermind RZA, the album's music and lyrics draw prominently on Blaxploitation films and soul samples. Many music critics have praised the album for Ghostface Killah's imaginative lyricism and RZA's production style, with some revering it as one of the greatest Wu-Tang solo albums of all time. The album contains Ghostface Killah's highly praised unique up-tempo, stream-of-consciousness rhyming style, which he would go on to further utilize on his highly acclaimed second studio album Supreme Clientele. Ironman debuted at number two on the Billboard 200 and Top R&B/Hip-Hop Albums, and is certified platinum.

Although a solo album, Ironman features many Wu-Tang collaborations, with furthermore Raekwon and Cappadonna. In addition, the album features the hit “All That I Got Is You” featuring Mary J. Blige.

To celebrate the 25th anniversary of one of the greatest hip hop debuts of the 90's, Ironman is available as a limited anniversary edition of 4000 individually numbered copies on translucent blue (LP1) and translucent red (LP2) coloured vinyl.