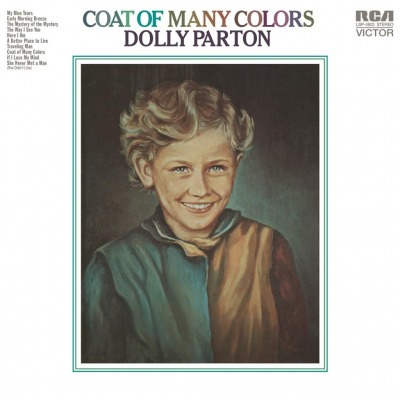 Dolly Parton had a number of hits in the late '60s as Porter Wagoner's duet partner, yet solo success eluded her until her 1971 album Coat Of Many Colors. The title track was a Top Ten single, and it effectively became her signature song, largely because it was a sweetly autobiographical tune about Dolly's childhood.

That song, along with its two hit predecessors, "Traveling Man" and "My Blue Tears," were evidence that Parton was a strong songwriter, but the full album reveals the true depth of her talents. She wrote seven of the ten songs (Wagoner wrote the other three), none of which is filler.

A remarkably consistent album, in terms of songwriting and performances, but also remarkably diverse, revealing that Dolly can handle ballads, Country-Rockers, tearjerkers, and Country-Pop with equal aplomb.