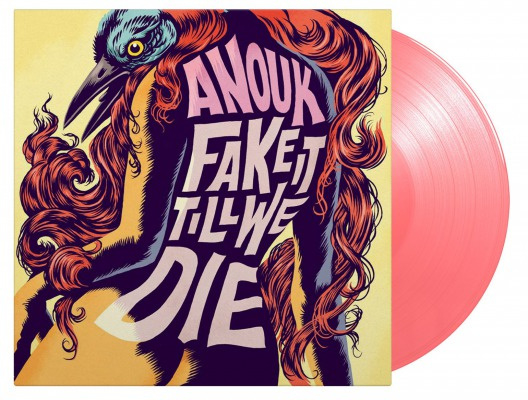 Fake It Till We Die is the eleventh studio album by Dutch singer Anouk. It was released only seven months after its predecessor Queen for a Day. Although Anouk is primarily known for her rock songs, this album features mostly soul and funk oriented tracks. The preceding singles “Down Daddy Down” and “Burn” are a great example of Anouk's expansion to these genres. Other strong tracks on the album are “I Just Met a Man”, “Blue Motel”, “Waste Your Water” and much more. Fake It Till We Die is quite a cohesive and very well done soul record, perfectly showcasing Anouk's incredible voice.

The album is available on coloured vinyl for the first time. This edition includes a printed innersleeve with song lyrics and is available as a limited edition of 1000 individually numbered copies on pink vinyl.