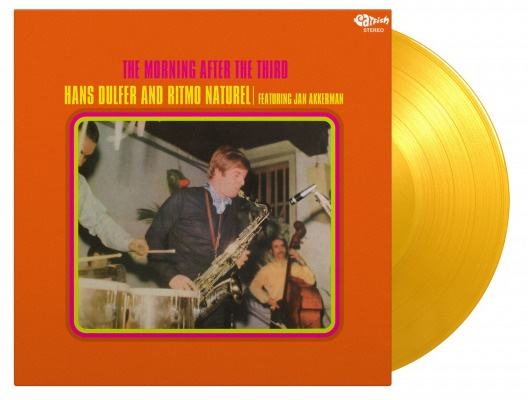 The Morning After The Third (Limited 180 gr. yellow vinyl)

Hans Dulfer is an internationally acclaimed Dutch jazz musician, known for playing the tenor saxophone. His debut album The Morning After the Thirdwas released in 1970. Its title track features the renowned Dutch guitarist Jan Akkerman, who was known for being a member of Focus at the time.

This rare, sought after jazz album is now available on coloured vinyl for the first time. It's a limited edition of 1000 individually numbered copies on transparent yellow vinyl.