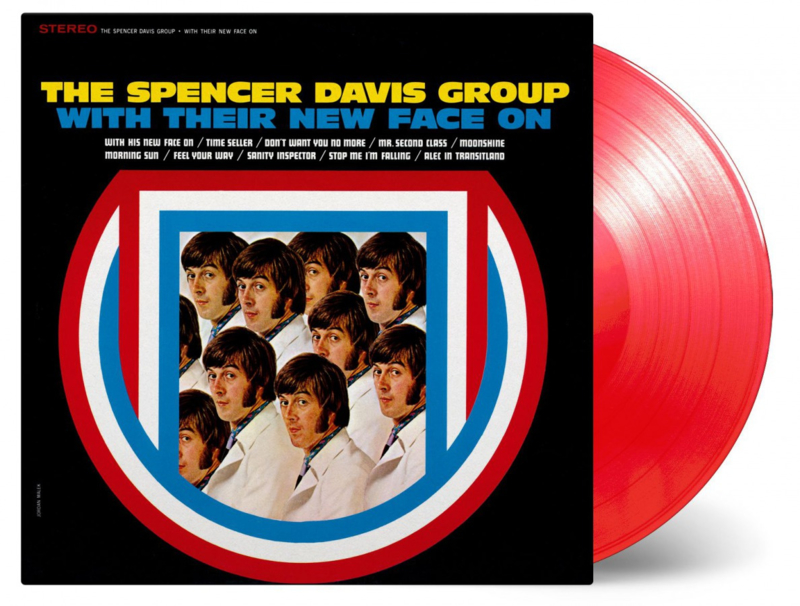 With Their New Face On is the first release by the British Spencer Davis Group after the departure of Steve Winwood (who formed Traffic). They literary put a new face one, as they moved from their R&B music to a more psychedelic approach. Baroque pop in the style of the Kinks marks on side of the album, and blues and psychedelia the other one. Hailing from Wales, Spencer Davis founded the famed Spencer Davis Group in 1963, producing a dozen top 10 hit songs, including “Gimme Some Lovin”, “Somebody Help Me”, “I'm a Man”, and “Keep On Runnin”, helping to bring British rock 'n roll to the rest of the world.

With Their New Face On is available as a limited edition of 1000 individually numbered copies on red transparent coloured vinyl.