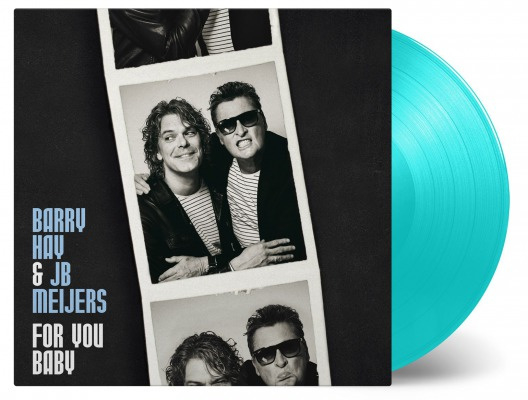 On Barry Hay's (Golden Earring) new project For You Baby, which features only covers, he worked together with the multi-instrumentalist JB Meijers (The Common Linnets). Both musicians became friends after they met in 2017 and decided to record an album together. Besides covers of songs by The Cars, Lou Reed, Bruce Springsteen, and Marc Cohn, among others, the album features a duet between Hay and Dutch singer Danny Vera. The Roy Orbison classic “Blue Bayou” is a song they both feel connected to, resulting in a beautiful version of this song.

For You Baby is available as a limited edition of 1000 individually numbered copies on turquoise vinyl.