Williams, John - O.S.T. The Adventures of Tintin: The Secret Of The Unicorn (180 gr.) Coloured Vinyl

O.S.T. The Adventures of Tintin: The Secret Of The Unicorn (180 gr.) Coloured Vinyl

With the production of the movie The Adventures of Tintin: The Secret Of The Unicorn the collaboration between director Steven Spielberg and composer John Williams got into a new chapter. A chapter which Williams fills with fascinating compositions on an adventurous ride. Progressive jazz mixed with orchestral cues are a big part of the soundtrack, but always with the signature if Williams himself. The masterful composer which is known for his work for the film scores of the Star Wars and Indiana Jonesseries and movies like E.T., Schindler's List and Jurassic Park is still recording as a perfectionist. All the energy and adventure of the movie is brought to life in the harmonic complexity and the creativity of his brilliant compositions. He converts the story to his orchestral pieces and know which melodies puts down the right mood for the different scenes.

The American composer John Williams started his musical journey back in the 50's with his orchestral pieces and compositions for television series. It meant the advance of one of the greatest film composers the world would ever know about. His list of compositions is endless and he has won dozens Awards. He composed the score for eight of the top twenty highest-grossing films at the U.S. box office. 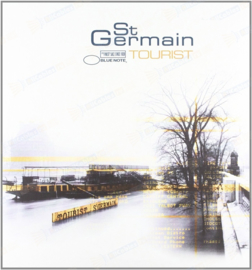