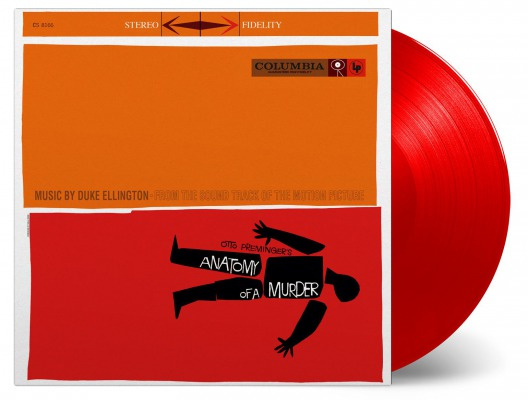 One of the best movie posters transformed into an LP cover; what more could one wish for in a vinyl release? And with Duke Ellington and Billy Strayhorn at the helm, you know the score of one of Hollywood's most controversial movies is going to be a show stopper.

Released in 1959, the film Anatomy Of A Murder was banned in several cities because of indecent language and its sexual and violent subject matter. But its soundtrack stood out from the start as one of the best Jazz compositions around. Evocative, alluring, eloquent, 'it beckons like the scent of a femme fatale'...