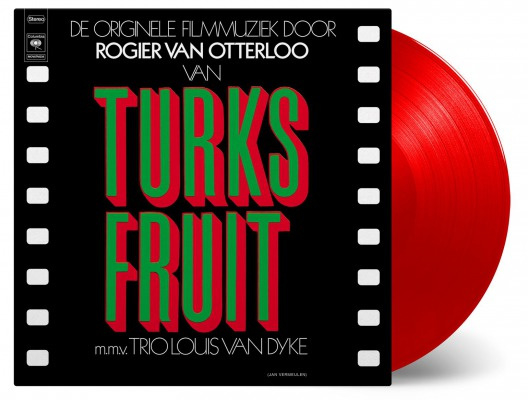 Turks Fruit (Turkish Delight) contains the original soundtrack by Dutch composer Rogier Van Otterloo, for the cult film of the same name. Based on the wildly popular book by Dutch author Jan Wolkers, this story of love and grief is a modern Dutch cinema classic. Featuring Jazz pianist Louis van Dyke and harmonica player Toots Thielemans, the music is mildly melancholic and exuberant at times. It's one of those movie classics where the music adds more than just the standard melodies. The jazzy style of the compositions and the beautiful voice of Letty de Jong brings some extra layers to the scenes of Amsterdam.

Turks Fruit (Turkish Delight) was nominated for an Academy Award for Best Foreign Language Film and in 1999 it received a special Golden Calf Award for Best Dutch Film of the Century.

This Record Store Day release is available as a limited edition of 1000 numbered copies on red vinyl. The package contains a replica of the movie poster.