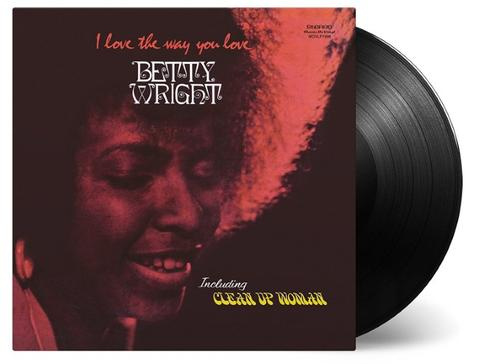 Bessie Regina Norris, better known by her stage name, Betty Wright is a 64 year old American soul and R&B singer and songwriter, who rose to fame in the 1970s with hits such as "Clean Up Woman" and "Tonight is the Night". Like Aretha Franklin, Betty was blessed with a four octave voice range and is adept at using the whistle register.

Several of Wright's works have been sampled over the years by hip hop, rock and R&B musicians. The riff from "Clean Up Woman" has been sampled constantly by acts such as Afrika Bambaattaa, SWV, Mary J. Blige, Sublime and Chance the Rapper. Wright's first hit, "Girls Can't Do What Guys Do", was sampled for Beyoncé's "Upgrade U". In 1992, Wright sued the producers behind Color Me Badd's hit "I Wanna Sex You Up" after claiming they used the sample of her live version without clearance and without permission, and sued for royalties. Wright won her case, winning 35 percent of royalties for writing the song.

I Love The Way You Love contains many standout tracks including the funky hit "Clean Up Woman". Other highlights are "All Your Kissin'", "If You Love Me Lime You Say You Love Me", a catchy philly-soul track, and an amazing cover of "Ain't No Sunshine".