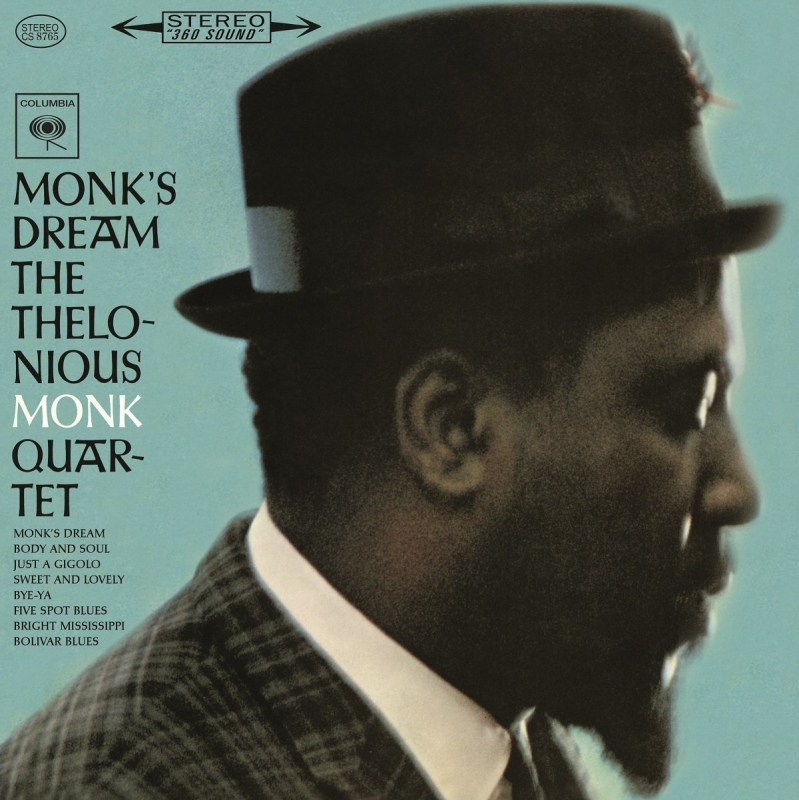 Monk's Dream is the first album jazz musician Thelonious Monk released on Columbia Records. It was recorded in 4 days in autumn 1962 and issued a year later. The Thelonious Monk Quartet consisted of Monk (piano), Charlie Rouse (tenor sax), John Ore (bass), and Frankie Dunlop (drums). Jazz scholars and enthusiasts alike also heralded this combo as the best Monk had been involved with for several years. Although he would perform and record supported by various other musicians, the tight dimensions that these four shared has rarely been equaled in any genre.

On tracks such as "Five Spot Blues" and "Bolivar Blues," Rouse and Dunlop demonstrate their uncanny abilities by squeezing in well-placed instrumental fills, while never getting hit by the unpredictable rhythmic frisbees being tossed about by Monk. Augmenting the six quartet recordings are two solo sides: "Just a Gigolo" and "Body and Soul." Most notable about Monk's solo work is how much he retained the same extreme level of intuition throughout the nearly two decades that separate these recordings from his initial renderings in the late '40s.