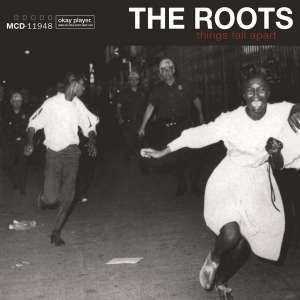 The fourth album by The Roots was recorded at Jimi Hendrix's Electric Lady Studios and released in 1999. Considered by critics as their breakthrough, Things Fall Apart was the first album of The Roots that exceeded half a million sold units.

Spin Magazine called the album a landmark moment for The Roots, as it 'swelled the Roots clique into a movement-style posse'. The Roots at this point employed D'Angelo on keyboards, Erykah Badu on backing vocals and rappers Mos Def, Common and Beanie Siegel also make appearances.

The band of charismatic drummer Questlove grew into THE defining Hip Hop band – there is no other, they are simply unmatched, becoming the benchmark.