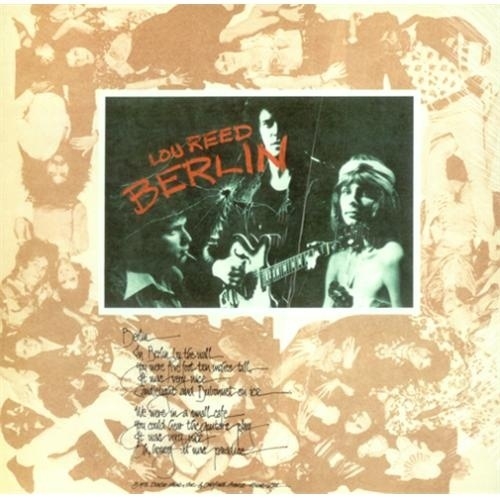 Nowadays acclaimed as Lou Reed's best solo album, Berlin is the follow up to Reed's Transformer. A tragic rock opera about a drug addicted couple, heavy orchestrated and musically far away from the glam-rock of Transformer and closer to the art-rock of the Velvet Underground. There are 2 tracks here played live by Velvet Underground in 1966, and "Caroline Says" is of course a redo of "Stephanie Says" from Velvet Underground's self- titled album.

The album got poor reviews when released in July 1973. Nevertheless, like good wines, Berlin has aged and proved an inspiration for many bands. Lou Reed got so disillusioned by the harsh critics, he did not include songs form Berlin (recorded in London w/Bob Ezrin) in his live set for years. In 2007 Lou Reed fulfilled his hopes and toured Berlin with a 30-piece band; this tour was filmed and released on dvd in 2008 (which got rave reviews...).